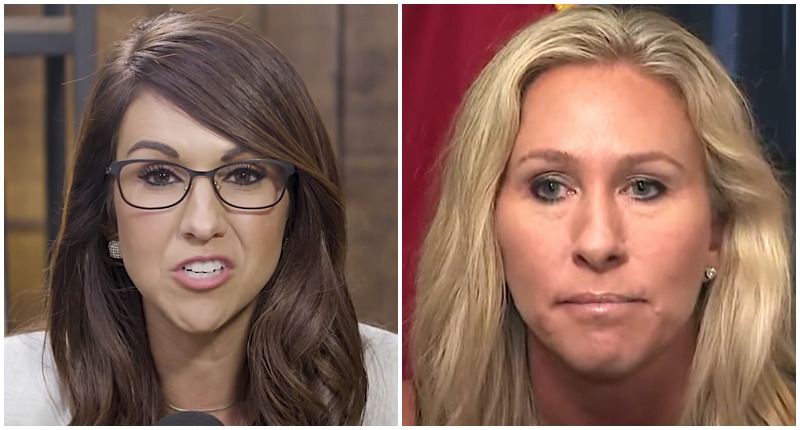 Despite the perception that they’re allies in their fight against a leftist Democratic agenda, GOP Reps Lauren Boebert (CO) and Marjorie Taylor Greene (GA), the two reportedly got into a heated argument earlier this year. According to inside sources speaking to POLITICO, the argument was so intense that the two had to be separated.

The argument reportedly took place at a gathering of the House Freedom Caucus board of directors and was in regards to Greene’s appearance at a conference alongside alleged white nationalists. POLITICO reports that the argument became so vicious that someone had to step in and calm the two before things got physical.

Help keep this website afloat with a donation by clicking here. Social media algorithms are restricting traffic to our site, so anything helps.

“The incident was confirmed by three people connected to the Freedom Caucus, whose members largely avoided public criticism of Greene and Rep. Paul Gosar (R-Ariz.) at the time and focused their discontent on the event organizer, Nick Fuentes.

“We need to reevaluate where we’re heading,” Representative Scott DesJarlais of Tennessee told POLITICO. “I like the principles that the Freedom Caucus was founded on, but I think that if we can’t work together as a group and push our ideas in a civil manner, then we’re not going to be very effective.”

The report also states that Republicans privately say Boebert, who’s seen as more of a “party team player” than Greene, “detests” being associated to the Georgia lawmaker.