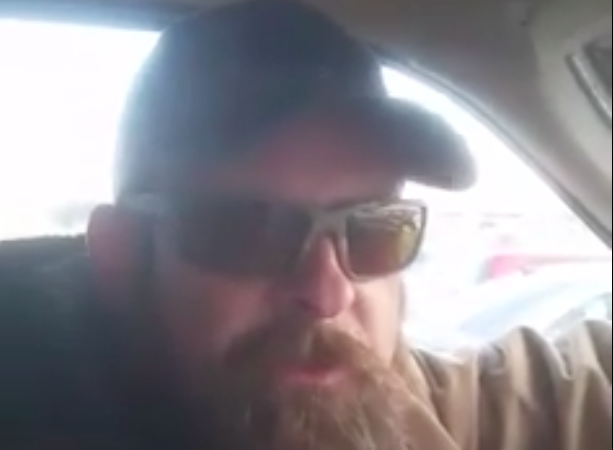 Planning for a cross-country march to “restore America” isn’t going as well as the “patriots” responsible for the Oregon nature preserve standoff might have hoped. On Monday afternoon, one of its organizers fatally shot a fellow cofounder during a drunken argument over a gun.

The Sheriff’s deputies in Grayson County, Texas have not released any official details about the shooting, but social media posts by right-wingers associated with the Oregon militants say otherwise. They have identified the victim and shooter as the organizers of the Paul Revere 2016 Final March To Restore America.

Online radio host Keith Williams, who considers himself the deceased’s next of kin, posted this eulogy in response.

“Dear friends it’s my dearest regrets to have to share this heart breaking new (sic) with you tonight. That OUR fellow patriot and brother Charles Carter is no longer with us. He gone to be with Jesus. Today killed by a fellow patriot Vincent Smith. Who was suppose (sic) to be his brother in arms and friend.”

Bill Williamson, organizer of the unsuccessful 2 Million Bikers 2 DC rally, who is associated with the militia, said in a facebook post that he had been communicating with Carter via Facebook minutes before the attack. Williamson claims it was “self defense.”

Apparently Carter was drunk and pulled Smith’s gun from its holster and threatened him with it. In response, Smith took a spare gun in hand and shot his friend between the eyes. The U.S. Marshals agreed with Williamson, ruling the fatal shooting to be in self defense.

According to Texas law, it is illegal to carry firearms while intoxicated, even if the weapon is holstered or concealed. These two men, who had been organizing a march they hoped would be successful in “removing the corrupt leadership that has taken over our beloved country and ousted her God and constitution,” were in direct violation of that law during their fatal fight.