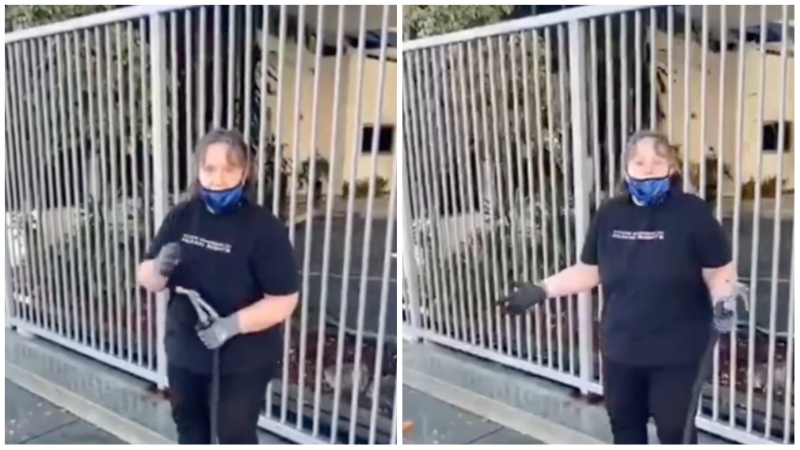 A video posted to TikTok this Thursday shows a confrontation between a man and an apparent member of the Church of Scientology outside a Los Angeles building that houses its non-profit group The Citizens Commission on Human Rights.

Scientology’s CCHR was established in the late 1960s by the church and psychiatrist Thomas Szasz. In keeping with the religion’s stark anti-psychiatry stance, the non-profit seeks to “eradicate abuses committed under the guise of mental health and enact patient and consumer protections.”

While the audio is hard to make out, the woman, who was wearing a shirt with the non-profit’s logo, seems to explain that the people were creating a mess and she had no choice.

“That’s inhumane!” the man tells the woman. “And you choose to have a shirt on that say ‘human rights.’ What kinda human rights is that — spraying people with a water hose?”

Later in the video, a man can be heard off camera suggesting he’s the woman’s superior, telling the man, “I’ll talk to her.”

Watch the video below or at this link: