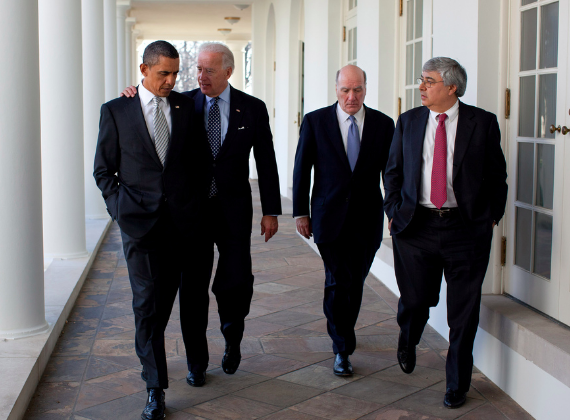 The Obama Administration – including President Obama, Vice President Joe Biden, the First Lady and Second Lady and staffers – will no longer visit universities that have a history of failing to address sexual assault on campus.

According to the Washington Post, the Obama Administration – including President Obama, Vice President Joe Biden, the First Lady and Second Lady and staffers – will no longer visit universities that have a history of failing to address sexual assault on campus.

Joe Biden added that he’d like to see the federal government withhold funds from universities that fail to act. “Now is the time to put the pedal to the medal,” he said.

Already the efforts of this White House have dramatically transformed the way colleges and universities respond to allegations of sexual misconduct. The Education Department has 253 ongoing investigations at 198 postsecondary institutions into the handling of sexual violence. Hundreds of schools have taken steps to make it easier to report allegations and discipline offenders. Many schools have appointed a specific officer to receive complaints and have determined that a “preponderance of evidence” is enough to establish that misconduct occurred, a less rigorous evidentiary standard than the “beyond a reasonable doubt” that applies in most criminal cases…

The administration has also launched a public-awareness campaign, “It’s On Us,” which encourages men and women to intervene before sexual assault takes place. More than 344,400 people have taken the White House pledge, and 530 schools in 48 states have active It’s On Us chapters.

Biden is strong advocate for fighting sexual assault. He wrote the 1994 Violence Against Women Act and also was at the forefront of the White House’s It’s On Us campaign. In June, a letter Biden wrote to Stanford Rapist Brock Turner’s victim went viral:

“I am filled with furious anger—both that this happened to you and that our culture is still so broken that you were ever put in the position of defending your own worth.”