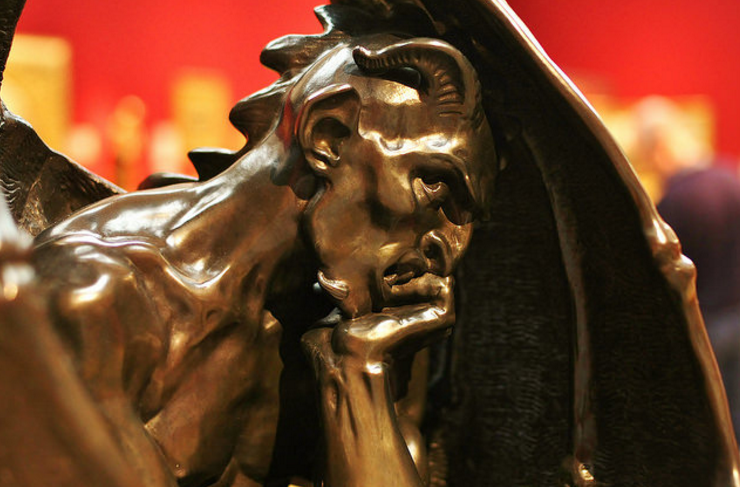 This Wednesday, frantic Arizona lawmakers were forced to suspend prayers before city meetings after a local Satanic Temple insisted on giving a prayer of their own.

This Wednesday, frantic Arizona lawmakers were forced to suspend prayers before city meetings after a local Satanic Temple insisted on giving a prayer of their own.

According to The Washington Post, The Phoenix City Council voted 5-4 to replace the traditional payer for a moment of silence before each session, rather than allow the local Satanists a chance to give their own invocation.

The decision sparked protests from local citizens and government officials. Some have said the vote is not only a victory for Satanists, but those who believe religion should be left out of city council meetings.

“This is what that Satanist group wants,” Councilman Sal DiCiccio told the Arizona Republic. “A moment of silence is basically a banning of prayer. It’s to agree to the Satanic goal to ban prayer.”

Local religious organizations are also not pleased with the results.

“I am not for the silent prayer,” local pastor Darlene Vasquez said during a city council meeting. “I want those who believe in the one true God to pray. It breaks my heart to hear what is going on.”

DiCiccio has asked the religious community to collect signatures that will put the issue on the ballot in order to overturn the council’s decision, according Patheos.

Phoenix Mayor Greg Stanton, one of the five city council members who voted in favor of the ban, said that “an effort to silence a particular group like the Satanic Temple could land the city in an expensive legal battle that the city would lose.”

“The First Amendment to the Constitution is not ambiguous on this issue,” Stanton said. “Discriminating against faiths would violate the oath that all of us on this dais took. I personally take that very, very seriously.”