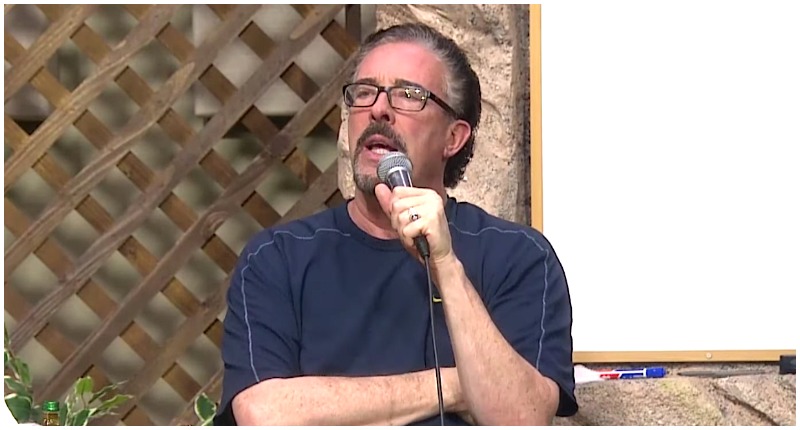 Add another right-wing pastor to the pile of those waging “spiritual warfare” amid the ongoing coronavirus pandemic. This time it’s pastor Perry Stone, who recently hosted a “Firehouse Prayer” meeting at his Cleveland, Ohio church.

Stone proclaimed that the coronavirus is a demonic attempt to kill elderly Americans who are more knowledgeable of the Bible than younger people, and who are therefore more aware of the Mark of The Beast.

He compared this to the biblical story in which the Israelites were attacked by the Amalekites, who began “killing the old, the weak, and the feeble.” Stone then said it’s the demonic spirit of Amalek that’s behind the spread of the virus.

“The younger generations [say] ‘Oh cool, put it in my hand. It’ll open a door. Wow.’ They’re going to take it,” Stone said. “The older people in America in the southeast are the conservative people, and this is attacking them to get that group out.”

And this, he claims (without providing evidence) is why socialism is on the rise in the U.S.

“If you get rid of all those people who resist the Beast, and resist the Antichrist, and resist the system, then you have a whole other pro-socialist, pro-communist, give-me-your-money-and-I’ll-do-what-I-want-with-it-group coming up,” Stone said. “They’re out there, 35 percent of America is into it. And they have no respect for those older people who have made this country great.”